WARNING: This product contains nicotine. Nicotine is an addictive chemical.

What led to the flavor ban on vaping products in the United States of America?

A phenomenal rise in vapers has led to vaping companies introducing a world of creative flavors. But if everybody loves flavors, what led to the flavor ban on vaping products in the United States of America? Let’s unfold the eventful journey! Why was the ban imposed on vape flavors?

The key idea to developing flavors was to appeal to every vape lover out there. Soon after, fruity, minty, and candy flavors become very popular.

Unfortunately, this popularity gained maximum reach amongst the youngsters. In fact, it was identified that 84.7% of young vapers preferred flavored ones. Moreover, about 85.8% were still studying in high school and 79.2% in middle school. (Source: https://www.cdc.gov/mmwr/volumes/70/wr/mm7039a4.htm)

Owing to these developments, the Trump administration decided to implement a flavor ban on fruit, mint, and dessert flavored vapes. This ban applied to refillable cartridge-based e-cigars.

This, in turn, created much tension amongst the vape manufacturers and distributors. To calm them down, flavors like menthol and tobacco were exempted from the ban.

Despite that, certain companies continued to manufacture and distribute vapes in the banned flavors, which is why a policy to prioritize enforcement was announced. 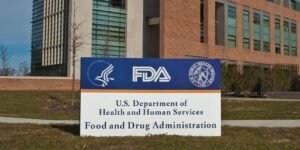 After determining the popularity of e-cigars, particularly flavored ones, amongst the youth, vaping companies had to stop marketing fruit and mint flavored vapes immediately.

To prevent unauthorized marketing of such flavors, a window of 30 days was announced by the U.S. FDA (Food and Drug Administration). Failure to abide by the regulations was likely to attract enforcement action by FDA in different forms.

HHS Secretary, Alex Azar, made a statement saying this move was in the interest of striking a public health balance. The goal was to allow vaping only to an extent wherein it would help with cigarette de-addiction among adults. Alongside, efforts would continue to end nicotine addiction among the youth.

How did the different states in the U.S. introduce the flavor ban?

In 2020, Governor Gavin Newsom, signed a bill, the focus of which was to ban the sale of all tobacco-flavored products in California. This ban applied to menthol-based e-cigars as well. However, the bill has been put on hold until 2022 as a majority of the people signed a petition to put it on the 2022 ballot.

In 2019, Massachusetts became the first state to prohibit the sale of tobacco-flavored products, including menthol vapes. Governor Charlie Baker approved the ban with a group of lawmakers filing legislation against the ban.

Furthermore, the Commonwealth of Massachusetts imposed a 75% excise tax on nicotine-based vaping products. The sale of all flavored tobacco products, including combustible tobacco, was banned from 1st June 2020.

In January 2020, Governor Murphy signed the senate bill S3265, which prohibited the sale of all flavored vaping products except the tobacco flavor in the state.

New York City Mayor Bill de Blasio signed a law to ban the sale of all flavored vaping products. This led to the barring of 21,000 licensed tobacco outlets from selling such products. The ban came into effect from 1st July 2020 and included a ban on e-liquid flavors like mint, menthol, and wintergreen too.

Since September 2019, Rhode Island has banned the sale of flavored e-cigars.

Stephen M. Hahn, M.D. calls e-cigar addiction among youth an epidemic, tackling which, he says, has become the need of the hour.

He says that a range of attractive flavors, ease of use, and difficulty in tracing its addiction, are some of the possible reasons behind e-cigar addiction among the youth.

He adds that the enforcement comes with the idea of beating the addiction crisis. The reason is that the addiction can negatively impact children, families, educational institutes, and communities in the long run.

FDA commissioner also says that to streamline the flavor ban, close monitoring of e-cigar products needs to be carried out.

Unfortunately, the only thing that will happen is that the illicit market will become safer. Moreover, once this happens, all the customers will be driven to this market.

Thus, the need of the hour is to come up with an evidence-based response. And as a result, experts have been backing the idea of regulated markets.

However, there is another loophole in the ban. The “forbidden” flavors are allowed in the form of disposable e-cigarettes. This really just defeats the purpose! I mean, how hard does that make for one to get their hands on the flavored e-cigars, anyway?

Hence, it is clear as day that a flavor ban may not necessarily help in achieving the bigger purpose. After all, how long would it take for “intenders” to find loopholes in the system?

Vaping Flavor Ban – What to expect in the times to come?

Now that we understand that the vaping flavor ban was introduced with the intention to protect the children, the only question that remains is what the future will unfold. Whether the vaping industry will be impacted or not, only time will tell!

Research studies have suggested that between 2021 and 2028, the vaping industry as a whole is likely to see a lot of traction. This was proved when in October 2021, FDA approved the sale of e-cigars for the very first time. Until then, applications from numerous vaping companies had been repeatedly rejected.

The FDA stated that the body would continue to monitor the entire assembly line, right from the point of manufacture to the point of promotion of these e-cigars. If any discrepancies are found, the authorization will be lifted.

Considering this, all vaping companies are expected to focus on enhancing user safety while adhering to all the FDA-laid guidelines.

Even today, several trade unions are against the stringent regulations applicable to the vaping industry. If they decide to strike back, the restrictions are likely to loosen, which in the end will benefit vaping companies in the form of a boost in sales and growth.

One can only wait and watch!

Previous
A range of vape flavors is available in the market, but has FDA given its nod?
Next
Vaping Laws in USA – All you need to know WARNING: Luto products are not intended to diagnose, treat, cure, or prevent any disease, condition, or disorder and are not smoking cessation or nicotine replacement therapy products. The FDA has not reviewed these products, nor has it evaluated their safety or any of the statements made regarding these products. Luto products contain nicotine, which is a highly addictive substance, and are intended to be used only by adults at least 21 years of age who use combustible cigarettes or other tobacco or nicotine vaping products. Keep out of reach of children or pets. Do not use Luto products if you are pregnant or nursing, if you have heart disease, high blood pressure, diabetes, ulcers, liver or kidney disease, throat disease, asthma, or difficulty breathing. Do not use Luto products if you are taking theophylline, ropinirole, or clozapine. As with other nicotine products, the use of Luto products can increase your heart rate and blood pressure and may cause nausea or dizziness or aggravate existing respiratory conditions. Use of Luto products may expose you to certain chemicals identified as harmful and/or carcinogenic, including aldehydes, volatile organic compounds, and metals.